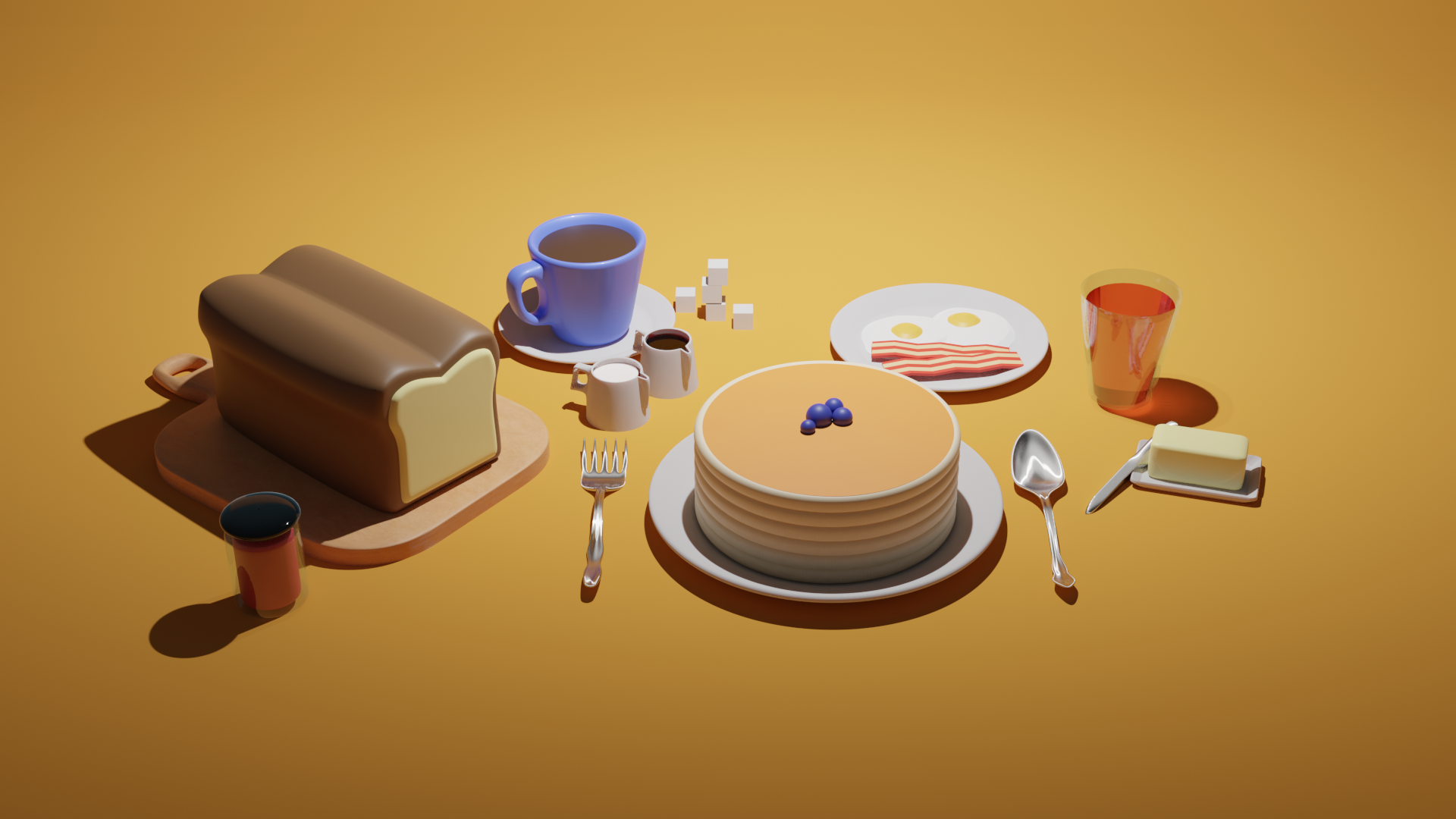 A breakfast objects scene this was a personal project and it uses Blender, a 3D modeling software. I wanted to play around with different objects. I wanted to keep all the objects on the same theme so I went with a breakfast theme.

I started off with making a list of all the objects I wanted to have. The first object I made were the pancakes since they were the easiest. I topped them off with some blueberries which I thought it gave it a nice touch. I then moved onto the coffee mug, and the cream and syrup pitchers. I also added a stack of little sugar cubes as a cute accent to the coffee. Another staple for breakfast objects are bread, butter, jam, baccon, eggs, and juice.

One of the hardest parts of this scene was sizing the fork and spoon. In relation to everything else the fork and spoon are quite large. I found it hard to get the size of the cutlery correct withour loosing the details. I ended up settling with the size shown above as I felt you would need above average cutlery if you were going to eat this scene.